Patricia Raybon: All That Is Secret

Can an amateur detective solve the cold-case mystery of her lost father's murder?

In the winter of 1923, Professor Annalee Spain―a poor, prim but clever Black theologian--a fan of Sherlock Holmes--leaves her overworked teaching job in Chicago to return home to solve the murder of her estranged father. But in Colorado's dangerous winter of 1923, when the Klan rules the state, will she find answers for crimes before becoming a victim, too?

With her daring spirit and her literary hero Sherlock Holmes as inspiration, Annalee launches her hunt for clues, attracting two surprising allies: Eddie, a relentless young orphan boy searching for his missing father, and Jack, a handsome young pastor who loves nightclub dancing and rides in his sporty car, awakening Annalee's heart to the surprising highs and lows of romantic love.

With their help, Annalee follows clues that land her among Denver's powerful elite. But when their sleuthing unravels sinister motives and deep lies, Annalee could confront all that is secret that others will kill to hide 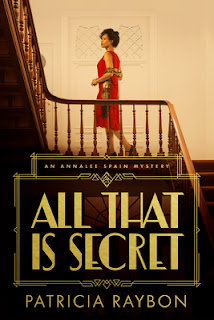 All That is Secret by Patricia Raybon is a thrilling chase through historical political strife as the hunt for justice as dead bodies pack up. The plot touches on the historical racism of the time. Not in a horrifying way, but a realistic punch to what occurred during the time. The story does feature the Ku Klux Klan, but it is realistic part of America’s dark past. As a reader, I felt like I was watching the story unfolded in the important moments of history. It rang true to my amateur mind. Annalee was a brave, educated woman who loves Sherlock Holmes with a heart for the downtrodden. Holmes is a huge love of mine. I enjoyed suspense stories, so throw in a little history, and the author grabs my attention. Rayborn definitely does this. A little bit of romance. Not overwhelming at all. On the other hand, there is one issue that I had with the plot. Internal dialogue. There are numerous incidents in the story where Rayborn would stop the action by freezing the characters so that Annalee could think through things. Sometimes her thoughts would go on for pages. A little too much for my taste. I wanted to know what was happening on around her. Overall, All That is Secret by Patricia Raybon is a historical mystery with touches of reality. I’m interested in reading book two since there will be more stories featuring Annalee.

I received a complimentary copy of All That is Secret by Patricia Raybon from Tyndale Publishing, but the opinions stated are all my own.

Purchase All That is Secret 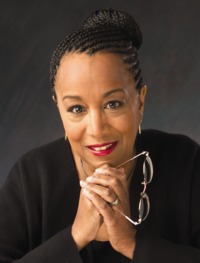 A writer of faith by day and mystery by night, Patricia Raybon is an award-winning Colorado author, essayist and novelist whose top-rated books explore the daring intersection of faith and race.Her first fiction -- an historical detective series, All That Is Secret, set in 1923 in Colorado's Klan era -- is set to release Oct. 5, 2021, from Tyndale House."Readers will be hooked from the first line of this page-turning mystery...Captivating." (Julie Cantrell) "A good mystery." (Rhys Bowen) "Fast-paced and intriguing." (Manuel Ramos) "Engrossing and thrilling....This intrepid sleuth would give Sherlock Holmes a run for his money." (Sophfronia Scott).For a deep dive into Patricia's compelling world of faith and fiction, connect with her daring and insightful books--and receive a free download of her "Busy Person's Guide to Hearing God" -- at patriciaraybon.com

Image and Notes about the Author taken from Goodreads.com

Email ThisBlogThis!Share to TwitterShare to FacebookShare to Pinterest
Labels: All that is Secret, Kelly Bridgewater, Patricia Raybon, Tyndale Publishing