After completing four different writing contests in the past eight months and not placing at all, I have been feeling a little down in the dumps lately. I have been studying the Bible and seeking God through His Word and through Worship music. Doubt has crept in and made me think I can't do this writing thing. Why bother? It is a lot of work. Some writer friends I know are winning at these contests over and over again. I have friends that are paying to be self-published, and they are bragging all over Facebook that there book is getting reviews, even though most of them are bad reviews unless they are family members. Yes, the jealousy bug has overtaken my desire to create a good story.

A couple of days ago, the Lord led me to a verse that I know by heart: Philippians 4:6: "Do not be anxious for nothing, but in everything by prayer and supplication, with thanksgiving, let your requests be known to God."  I wrote a two page single typed letter to God, whining about how I have been doing this writing for almost twenty years, and I'm still not placing in contests. I still have a lot to learn. But I would like to see some validation for all my years of hard work.

For the next couple of days, I have been worshiping God as I watched my niece and nephew who came to hang out with my boys for an entire week. Going swimming, catching fireflies at night, baking cookies in the kitchen, and putting together a puzzle were a good way to forget about my writing woes and create memories with my children and niece and nephew.

Not to be so negative this time, but I have learned to worship, and I have spent more time studying God's Word in the last couple of weeks. Maybe God wanted to draw me closer to him. Maybe this will help my writing in the end. If not, at least, I do have a bright side to my writing problems, I have drawn closer in my relationship to God, which is the ultimate goal in my life.

Has there every been a time where you wanted to throw in the towel and stop writing? What did you hold on to to return to writing? Has God ever allowed you to fall more in love with him, which in turn made something in your life better on the other side?

I would love to hear your stories to inspire me to keep writing. Thank you!
Posted by Kelly Bridgewater at 6:00 AM No comments:

I Like Big Books, and I Can Not Lie

This next Saturday, in Noblesville, Indiana, Half-Price Books is having their annual clearance sale where everything is $3 or less. Books. Videos. Music.  I can't wait to go! Have I mentioned that I love books? Probably as much as those woman who can't pass a shoe sale without buying something. I own five pairs of shoes: flip flops, dressy sandals, tennis shoes, black high heels, and dressy shoes.

Books are a different story. Every time I visit Indianapolis, I have to stop at a number of Half-Price Books stores to buy a new book. Roaming through the store to the Christian fiction section brings a hope to my step. I can't wait to see what books they have. Last month, I bought Trinity by Ronie Kendig. Rubbing the cover, I flipped open the book and gasped. Someone turned in an autograph copy. I had a fifteen minute mentor appointment with Ronie Kendig at the ACFW conference last September, but I didn't have any of her books at that time, so this was a nice surprise. A year ago, I picked up an autograph copy of Diva Nashvegas by Rachel Hauck. Another find!! Why people get rid of autograph copies of books, I'll never understand.

My local library has a book sale every first Saturday of the month. I'm usually one of the first ones in line, waiting for the employee to click the lock, so I can peruse the piles of books in the basement. Touching the spines of the books, I wait for a book to grab my attention. I have found my interest in Julie Lessman's writing by paying a dollar for her book A Passion Redeemed. I loved the storyline and keep an eye out for her other books. Being a huge C.S. Lewis fan, I found Til We Have Faces for fifty cents. It brought a smile to my face.

Going to yard sales all summer long, I shop for barely used clothes for my growing sons and for Christmas presents. Last summer, I discovered a first edition of C. S. Lewis Lion, Witch, and the Wardrobe. The lady wanted a quarter for it. I paid for it and hugged my treasure to my chest. She didn't know what she had. But I did!!! It sits on my shelf with pride.

Where do you find books that are rare and unique with autographs? Do you hunt out used book stores? Do you visit yard sales for book treasures? Or am I the only crazy one who hunts like this for my next great literary escape?
Posted by Kelly Bridgewater at 7:40 AM No comments:

Literary Fathers Who Stuck With Me

In honor of the upcoming Father's Day celebration, I started thinking about the Literary Fathers who stuck with me. You know, the ones who backed up their children and who stood out as much as the hero or heroine of the plot. In most stories, fathers don't make that much of a presence, but in a couple of my favorite stories or series, these fathers bring a smile to my face.

1.) A Little Princess by Frances Hodgson Burnett
Sara Crewe's father, Captain Crewe, enjoys his time with his daughter as they travels from India to England to send her to Miss Munchin's Select Seminary. They dance. Sara talks, and Captain Crewe listens. While Sara observes everything around her and sees a story, her father never once raises his voice and tells her to stop daydreaming. He questions her dreams and allows her to explain. Captain Crewe buys Sara the nicer things in life, but this overabundance in material things like clothing does not create a snobby personality in Sara. When all the girls at the school ignore the servant girl, Becky, Sara becomes her friend, even before she lost everything. Captain Crewe taught Sara to dream big, be friends by showing love and kindness to all, and above all else, all women are little princess.

2.) The Count of Monte Cristo by Alexandre Dumas
This is one of my favorite literary pieces that I reread every year. I was introduced to this wonderful 1065 page book when I was fifteen years old. Edmund Dantes's father, referred to as Dante's father or the old man, really does not have a huge presence in the book, but the little appearance he makes, made a huge impact on me. In the beginning of the story, Edmund Dantes has returned from a three months voyage on the sea. His father sits in a dark and cold apartment because he pays a debt Edmund owed instead of having heat and wine. The old man sacrifices his own creature comforts for the sake of allowing his son to keep his good name. Even though this may seem odd today, the old man wants the best things for his son. Dante's father loves Edmund and patiently awaits the return of his only son. The old man taught Edmund to sacrifice his own comfort for the needs of others, which Edmund models in the rest of the story. 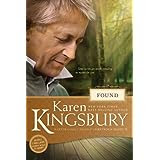 3.) The Baxter series by Karen Kingsbury
This popular series by Karen Kingsbury featured a father named John Baxter, who stood behind his six children. He spent many years on his knees, pleading for his children's to return to Christ. Even when one of the children run off to Paris and returns pregnant, John Baxter still loves her and the unborn child. Whenever something goes wrong with his children, John Baxter prays before he does anything. As a father, bringing the requests before God about your children can be the strongest ally a father can have. John Baxter shows the love of God and how important his faith is, which led all his children to lean on God and, finally, discover the love of God for themselves.

All of these literary fathers have made an impression on me. I believe that fathers play a huge impact on raising their children. Even though, fathers are hugely overlooked in a majority of fiction, I think fathers should be highlighted more.

Are there any other literary fathers who have impacted you as you read their story, even if it was a tiny moment in major epic piece?


Posted by Kelly Bridgewater at 6:30 AM 2 comments:

Hello! I'm glad you found your way to my personal blog. I hope to inspire and offer advice to ponder on writing, life, and include interviews with some of my favorite writers while reviewing a number of books to introduce new authors or share my personal feelings on their latest books.
A little about myself:

1.) I am a mother of three boys ages 12, 9, and 6 who keep me running all the time. There is always a little boy arguing with another little boy at all times, so my house is never a quiet place to visit.

2.) This October, my husband, Michael Bridgewater, and I have been married for 13 years. Yes, it has been quiet a ride, but I wouldn't trade it for anything. He's my knight in shining armor.

4.) I read Inspirational Fiction. That doesn't mean that I like preachy books, but I enjoy books that feature a good plot line where I can relax and become lost in the story written on the page. I lean toward romantic suspense, thrillers, and contemporary romance books. Some of my current favorite authors are Steven James, Lynette Eason, Dee Henderson, Irene Hannon, Christy Barritt, Terri Blackstock, Colleen Coble, Melissa Tagg, and Brandilyn Collins.

5.) Even though I read a bunch of Inspirational Fiction books, I also write in the same vein. What I mean by this is that my books have a huge suspense thread with romantic tension between the hero and heroine. Either one or both of my characters will be Christian or at least, struggling with their faith because of something in their past.

Being a writer, I plan to write on here at least once a week, maybe more. I hope you join me in this ride as I learn how to navigate this blog cyberspace and advance my writing platform.

Please return often as I explore new ideas.  I, personally, thank you for visiting.

Posted by Kelly Bridgewater at 7:00 AM No comments: