From award-winning author Cathy Gohlke, whose novels have been called "haunting" (Library Journal on Saving Amelie) and "page-turning" (Francine Rivers on Secrets She Kept), comes a historical fiction story of courage and transformation set in rural Appalachia on the eve of WWII.

When Lilliana Swope's beloved mother dies, Lilliana gathers her last ounce of courage and flees her abusive husband for the home of her only living relative in the foothills of No Creek, North Carolina. Though Hyacinth Belvidere hasn't seen Lilliana since she was five, she offers her cherished great-niece a safe harbor. Their joyful reunion inspires plans to revive Aunt Hyacinth's estate and open a public library where everyone is welcome, no matter the color of their skin.

Slowly Lilliana finds revival and friendship in No Creek--with precocious eleven-year-old Celia Percy, with kindhearted Reverend Jesse Willard, and with Ruby Lynne Wishon, a young woman whose secrets could destroy both them and the town. When the plans for the library also incite the wrath of the Klan, the dangers of Lilliana's past and present threaten to topple her before she's learned to stand.

With war brewing for the nation and for her newfound community, Lilliana must overcome a hard truth voiced by her young friend Celia: Wishing comes easy. Change don't. 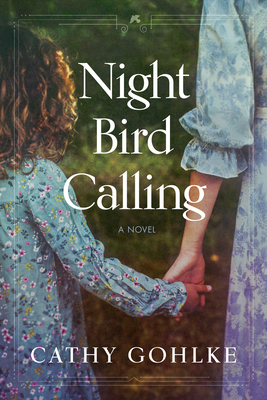 Night Bird Calling by Cathy Gohlke is a story about racism in the south during the early 1940's. The story is heart-wrenching and thought provoking. With realistic hurt and shame, the story hit on harsh realities of the past. The plot kept moving forward and kept my attention. I had a hard time putting the novel down. While I have read Gohlke's World War II novels, this story is definitely something completely different. It is set in American soil and features basically the same time period; however, it deals with a completely different evil than Hitler. It deals with race and the KKK. While this story touches on issues that the media wants their audience to believe is still around, it is a timely story even if it takes place almost eighty years ago. I felt bad for Lilliana Grace. I really enjoyed the curiosity of Celia Percy. She loves books and solving mysteries. Because of her curiosity, it can get her in trouble and good things happen too. She was  my favorite character in the novel. Overall, Night Bird Calling was an enticing read, filled with lessons readers should ponder and think about for a while.

I received a complimentary copy of Night Bird Calling by Cathy Gohlke by Tyndale Publishing, but the opinions stated are all my own.