Review of Silence the Siren 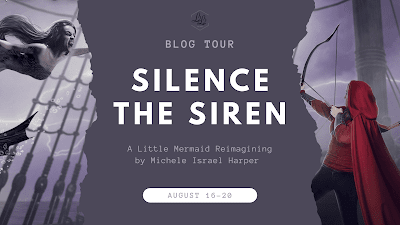 Huntress Ro LeFevre is hired to hunt the sirens who have been sinking the king of Angleterre's ships, and in turn, vast amounts of his wealth. All who have gone before her have failed.

Fleeing heartbreak, Ro gladly accepts, but there's just one problem. The king will credit the Marquis de la Valere, and no other women are allowed on the voyage.

Ro will just see about that.

Hiring an all-female pirate crew without the king's knowledge, Ro hopes they will follow her to the Caribbean, not take the gold and flee.

But when Ro is plunged deep into the ocean by the siren she's being paid to kill, presented the siren's side of the story at knife point, and pressed to join them or die. Ro must decide whether to complete her mission, join the sirens, or something in between.

Before the sirens sink the ship full of men above. 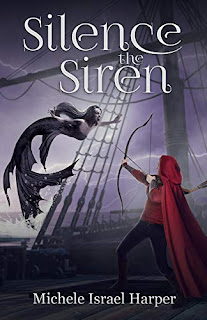 Silence the Siren by Michele Israel Harper is a delightful adventure filled with pirates, sirens, a huntress, and hints of a popular tale readers thought they knew. Harper does a fabulous job at inviting her readers on a journey across the ocean and below the surface of the water. The description of the boat and the underwater Siren's world are detailed and captivating. My imagination bloomed as much as the huntress bloomed in her drive to complete her quest. The plot moved quick fast for a story that took place on a ship and a certain point in the ocean for the majority of the novel. I have read Beast Hunter and Kill the Beast, so I am pretty familiar with the Huntress' past story. Not that it is important to understand this story, but it does deepen the character journey of Ro, the Huntress. Of course, what story that is categorized as a fairy tale does not have a hint of romance. Romance starts to sparkle between Ro and a deckhand. Harper has left this open-ended, so readers will have to return to the next installment. Overall, Silence the Siren is a thick, hardy novel that really captured my attention. I had a hard time putting it down and can't wait for the next installment. There is some questions that I need to have answered about Ro, the huntress. Anyone who enjoys pirates, fairy tales, or a story full of adventure should pick up this book.

I received a complimentary copy of Silence the Siren by Michele Israel Harper by Love2ReadLove2Write Publishing, but the opinions stated are all my own. 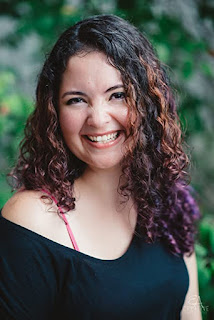 Harper has her Bachelor of Arts in history, is slightly obsessed with all things French—including Jeanne d’Arc and La Belle et la B&ecirc;te—and loves curling up with a good book more than just about anything else. Author of Wisdom &amp; Folly: Sisters, Zombie Takeover, Beast Hunter, and Kill the Beast, Michele prays her involvement in writing, editing, and publishing will touch many lives in the years to come.

Visit www.MicheleIsraelHarper.com to learn more about her.

These are a lot of fun and very organized!!!!! I hope to see you there!