Becky Wade: Turn To Me

His promise will cost him far more than he imagined.

Guilt has defined Luke Dempsey's life, but it was self-destructiveness that landed him in prison. When his friend and fellow inmate lay dying shortly before Luke's release, the older man revealed he left a string of clues for his daughter, Finley, that will lead her to the treasure he's hidden. Worried that she won't be the only one pursuing the treasure, he gains Luke's promise to protect her until the end of her search.

Spunky and idealistic, Finley Sutherland is the owner of an animal rescue center and a defender of lost causes. She accepts Luke's help on the treasure hunt while secretly planning to help him in return--by coaxing him to embrace the forgiveness he's long denied himself.

As they draw closer to the final clue, their reasons for resisting each other begin to crumble, and Luke realizes his promise will push him to the limit in more ways than one. He'll do his best to shield Finley from unseen threats, but who's going to shield him from losing his heart? 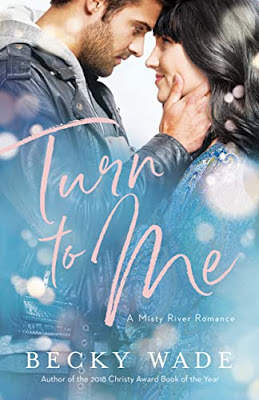 Fans of contemporary romance, rejoice. Fan favorite Becky Wade has crafted another contemporary romance novel for fans of the genre and Wade’s stories. The story has a hint of a mystery with the treasure hunt that Finley has to go on. A little bit of a risky adventure. But since this is a contemporary romance, the whole story centers around the romance between Finley and Luke. From their first encounter, Finley and Luke start having feelings for each other. They spend the rest of the story trapped together trying to solve the treasure hunt pieces and working together at the animal rescue place, so they are in constant contact, so of course, their attraction to each other becomes center stage. As for Finley, the heroine, she did seem a little flaky and pushy. What kind of person would demand her employees take home a brand-new puppy, even though they persisted that he did not want to take one? After a horrible week with the dog, he still had feelings for her. I found this hard to believe. I would not like someone that forced a snake or something on me. Puppies are hard to handle just like a new baby. While I found the plot a little too unbelievable, I believe that fans of contemporary romance might completely disagree with me and enjoy the hint of the romance with the “mystery” element. Overall, Turn to Me by Becky Wade does fit nicely into the contemporary romance genre, but it was not to my liking. Not my type of book.

I received a complimentary copy Turn to Me by Becky Wade from  Bethany House Publishing, but the opinions stated are all my own.

Purchase Turn to Me