After aspiring opera singer Tessa loses her voice in a fire, she needs both a place to heal and a way to keep music in her life. She retreats to her aunt's apple orchard in rural North Carolina to collect folk ballads. But amid the autumn splendor of this isolated Appalachian community, she uncovers an unnerving connection between a murder case and a long-ago disappearance. Tessa gets a glimpse into an almost-forgotten world, encounters a corrupt, small-town political dynasty, and finds superstition and prejudice at every turn.

She's also drawn to Zeke, the handsome but enigmatic orchard caretaker, who shows her that mountain justice is neither impartial nor just. But battling a conspiracy of silence, Tessa isn't sure if she can trust him. Yet somewhere in the mists of the Blue Ridge Mountains, evil lurks, and a killer is determined to keep the past where it belongs--dead and buried. 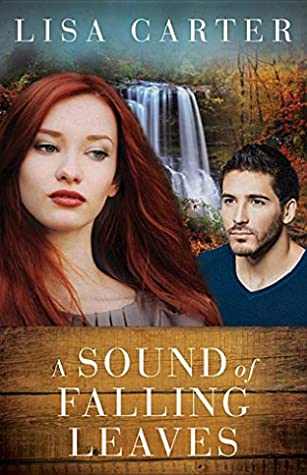 The Sound of Falling Leaves by Lisa Carter was not one of my favorite suspense novels. While I really enjoyed the aspect of the suspense near the end of the story, the getting there was  kind of weird and left much to be desired. It didn't twist and turned. It actually begged for some suspense in the beginning of the story. It didn't truly capture my attention. I wanted more. I wanted to put the novel down a couple of times because there was not that much suspense. The characters seemed kind of bland too. One wanted to seek justice for his murdered foster sister and the other one wanted to work on her dissertation with a nearby folk singer who disappeared into the great world. The romance wasn't that moving either. Actually, I had a hard time believing the romance was happening at all. The hero and heroine were mad at each other, then all of a sudden, they went on a picnic and were kissing. I didn't buy that at all. Overall, the suspense left something to be desired, and I had a hard time believing the romance either. Even with these elements, Carter does know how to craft a story, but I think she forgot what the story was supposed to be about before she finished the novel, then came back to write it the way it should have been written from the beginning.

I received  a complimentary copy of The Sound of Falling Leaves by Lisa Carter from Gilead Publishing, but the opinions stated are all my own.