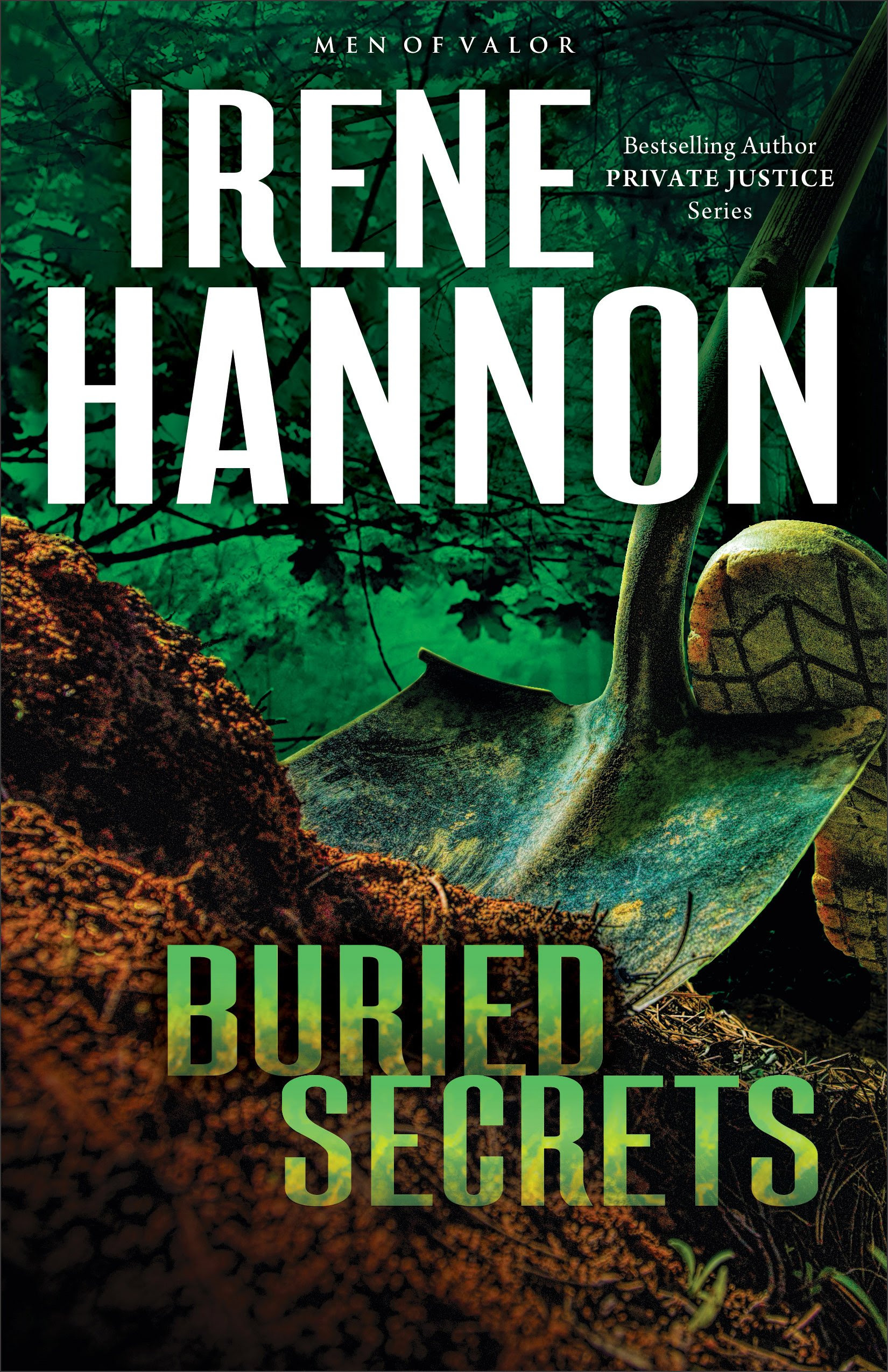 After seven years as a Chicago homicide detective, Lisa Grant has hit a wall. Ready for a kinder, gentler life, she takes a job as a small-town police chief. But the discovery of a human skeleton by a construction crew at the edge of town taxes the resources of her department. A call for assistance brings detective Mac McGregor, an ex-Navy SEAL, to her doorstep. As they work to solve the mystery behind the unmarked grave, danger begins to shadow them. Someone doesn't want this dead person telling any tales--and will stop at nothing to make certain a life-shattering secret stays buried.

Master storyteller Irene Hannon is back with an exciting new series featuring former Special Forces operatives now in the thick of the action in civilian life. Hannon is at the top of her game in this can't-put-it-down thriller that will have readers up until the wee hours devouring every page.

I have read every single one of Irene Hannon’s romantic suspense books and have loved every single one of them. About six months ago, Hannon, on her Facebook page, revealed the cover to Buried Secrets with the synopsis. I was hooked. I loved the cover. All the greens and the shovel, digging something in the dirt. It grabbed my attention, and I couldn’t wait for the book to be released. It was a long wait. But I’m glad to finally have my hands on a copy.

The prologue sets the tone for the action, allowing me to understand something bad occurred to set the plot in motion. In the first couple of chapters, Lisa and Mac, the heroine and hero, meet and discuss the issue with the found body. The story started strong, then it lingered a while to set up the blooming relationship between Lisa and Mac about a hundred or so pages. While the romantic tension is important to a romantic suspense, the story left the idea of the uncovered body for a while. Finally, it jumped into the premise of hunting for the owner and killer of the dead body. I felt it was great from then.

Lisa and Mac were characters who had a blooming relationship. From the first encounter in the first chapter, Lisa and Mac hit it off and nothing stood in their way. I never once feared that their relationship would not happen. Mac is the type of guy who goes out of his way to make Lisa comfortable and receives a complimentary smile from me. On the other hand, Lisa acts like a normal woman in love for the first time. Hannon allows me to peek in on Lisa and Mac’s train of thoughts about each other.

As for the killer’s identity, it is known pretty early in the story who the killer is. Personally, I would have liked to discover who the killer is instead of being told. The story is suspenseful in the form that I had to watch the killer squirm and held my breath as I watched her ruin others’ lives, praying for sweet justice. The final confrontation between Lisa and the killer is satisfying and memorable.

Overall, Irene Hannon’s latest romantic suspense, Buried Secrets, is a slow starting mystery, but it allows me to hold my breath and kept me interested as I watched the villain squirm and try to flee the impossible.

I received a complimentary copy of Irene Hannon’s Buried Secrets from Revell Publishing and the opinions stated are all my own.

Irene Hannon is a bestselling, award-winning author who took the publishing world by storm at the tender age of 10 with a sparkling piece of fiction that received national attention.

Since then, she has written more than 45 romance and romantic suspense novels. Her books have been honored with two RITA awards—the “Oscar” of romantic fiction—and she is a six-time finalist. Her books have also won a Daphne du Maurier award, a Carol award, three HOLT Medallions, a National Readers’ Choice Award, a Retailers Choice Award, a Booksellers’ Best Award and two Reviewers’ Choice awards from RT Book Reviews magazine. One of her novels was also named by Booklist as a top 10 inspirational fiction books of 2011. In addition, she is a two-time Christy award finalist.

In her spare time, she enjoys cooking, gardening and singing.  A trained vocalist, she has sung the leading role in numerous musicals, including “South Pacific,” “Brigadoon,” “Oklahoma” “The King and I” and “Anything Goes.” She is also a soloist at her church.

When not otherwise occupied, Irene and her husband enjoy traveling, Saturday mornings at their favorite coffee shop and spending time with family. They make their home in Missouri.

What drew you into Buried Secrets? As for me, it was the cover. Loved the image.
Posted by Kelly Bridgewater at 5:00 AM